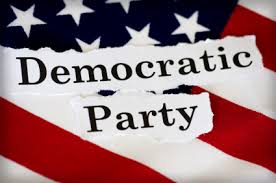 People’s lives all have different paths, and within our life travels there are unpredictable twists and turns.  In many cases, we would never know the influence of our experiences along this path until many years later. This is the story of how progressivism first captured my imagination, and later my heart, beginning when I was an eight-year-old boy.

When I was eight years old I first noticed political campaign lawn signs appearing in front yards as I navigated my neighborhood by bicycle.  Undoubtedly this had happened in previous summers, but this year, the summer of 1984, they captured my imagination. It turned out there was an upcoming Democratic Primary election for the local state representative district.  I knew none of those details at that time, but I was suddenly preoccupied with those intriguing signs planted along my bike route.

Recognizing my curiosity, my family took this as an opportunity to expand my childhood horizons.  The incumbent candidate was a distant acquaintance of my grandmother, and with the support of my parents I found myself holding one of those colorful signs, blue and white as I remember, in front of a nearby Election Day polling station.  I was only a few blocks from my house, but I was entering a new world.

On that Election Day I was joined by someone from the opposing campaign.  I remember he was wearing a tie and a gray tweed sport jacket. He engaged me in a conversation.  He asked many friendly, kid-oriented questions: What is my favorite subject in school? What sports do I play? What is my favorite baseball team?  I quickly decided that I liked him. After about an hour together he shook my hand, told me it was nice to meet me, and said he had to go to a different voting location.

I was sad to see my new friend leave and he never had even said his name – so I asked him.  He told me, and then I watched him drive off to the more distant horizon of another polling place.  I recognized his name because I had seen it on those colorful lawn signs all summer. He was the opponent of the candidate for whose sign I held.  As I stood there I remember asking myself “why am I holding this lady’s sign? I like that guy.”

My new friend was to win that election and go on to serve in the state legislature for several terms, then advancing to holding state-wide office.  Later he became a national leader in advancing progressive policy – such as increased voting accessibility for all people and tax reform. He was an organizer at heart and an excellent campaigner.  The hour we spent together on that summer afternoon influenced the trajectory of my life.

Through my years I became a local organizer for different campaigns and causes.  Along this path, I was introduced to many activist contemporaries, and together we worked tirelessly on countless progressive endeavors.  I found myself in the organizing trenches – stuffing envelopes in living rooms, phone banking from campaign offices, neighborhood canvassing coordinated out of garages.  This became an essential aspect of my life, as is the case for many others.